The vast recorded legacy of legendary tenor saxophonist Stan Getz still astounds the jazz community.  Here it is in words and music.  From his earliest days with Jack Teagarden, Stan Kenton, Benny Goodman, and Woody Herman to the phenomenal smash hits “Desafinado” and “The Girl From Ipanema” (which sparked the 1960’s bossa nova craze), to his sublime later work with pianist Kenny Barron, Stan Getz continued to galvanize the musical world with his unparalleled technique, unmistakably unique sound,  and gorgeous lyricism.  Take a tour with us of this amazing 40-year jazz odyssey.

Click on this link to see and hear more:   https://youtu.be/pIDS5x7leYI 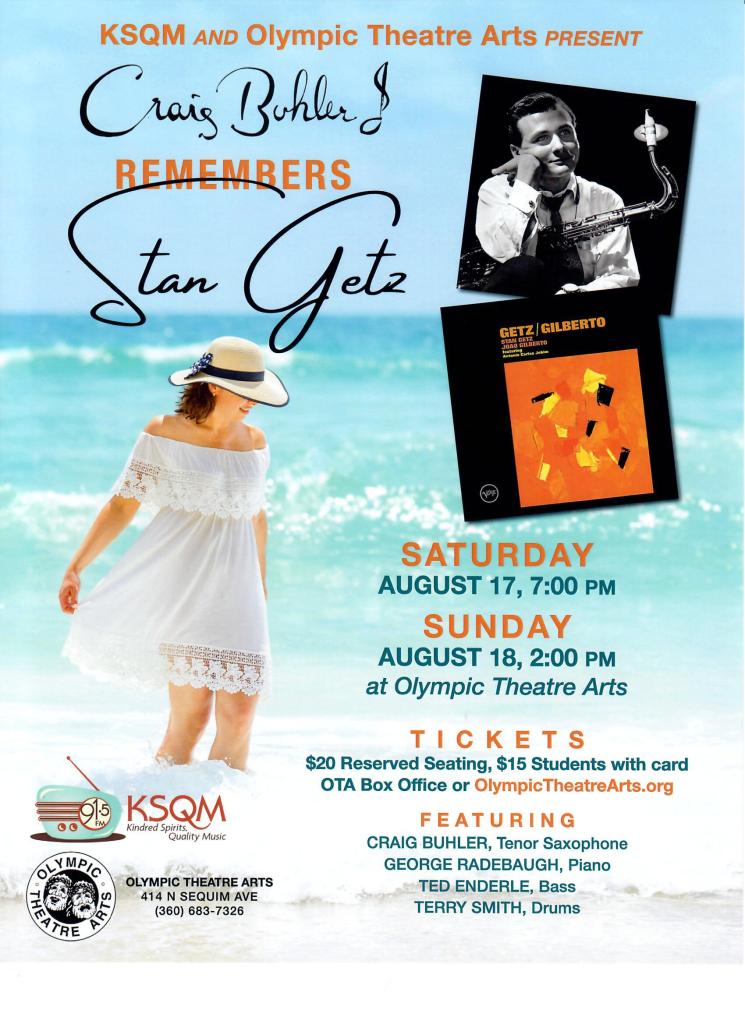 Kenny Barron’s wonderful composition Voyage is a particularly apt vehicle for Stan Getz.  The phrase in bar 4 especially caught my ear (example A.)

It would be fascinating to ask Mr. Barron whether he conceived of Voyage rapidly or – as often happens – the piece evolved over a period of time.
Focusing on bar 4, you see that the melody outlines the F7(b9) chord as shown in example A above.  It’s tempting to speculate that the appoggiatura was originally part of the F7(b9) arpeggio. The Eb then takes its place as the 7th in the F7(b9) chord, as shown in Example B.  Of course, Voyage as we now know it is far hipper than it would have been if bar 4 looked like Example B!

Speculation aside, one way you will definitely improve your instrumental technique is by playing figures such as this one in all 12 keys around the Circle of Fifths, starting with a slow metronome setting and gradually increasing the tempo.
While I practiced this particular lick, I experimented with various rhythmic combinations.  If you do that, you will keep your imagination engaged, so that your practice time does not degenerate into a dry, lifeless exercise. You will also develop your own stylistic preferences, so that choosing the hippest rhythm for an improvised passage will not slow down your reflexes during performance.  Some of the iterations I tried are shown in Example C.

The first iteration emphasizes the third of the chord – the “sweet note.”   The rest of the sketches experiment with various rhythmic syncopations.  Perhaps you also will benefit from playing along with the final lick in all 12 keys using this background track:

Here is the chart: