Below is a cool article written by Corky Carroll about the HONK Band for the Orange County Register.

Honk, if you’re looking for a good time

A perspective on surfers and musicians alike.

I have written about my favorite band of all time, the Honk band from Laguna Beach, here before.

This past summer they were the opening act for Ziggy Marley and Donavon Frankenreiter, who I also really like, at the Orange County Fairgrounds. Wow, I was thinking, how times change. Then I got an e-mail from Craig Buhler (the horn player in HONK) about this and a great perspective on musicians and surfers alike.

I asked him if I could use his e-mail, and he said, yes. I am proud to print it.

“As I walked onto the stage of the sparsely populated 7,000-seat amphitheater, it hit me that Honk is now the third attraction in what was once the geographic epicenter of our fan base. Within seconds, we began filling the warm, humid August evening sky with a favorite song from ‘Five Summer Stories,’ and I reflected on how my goals and values have evolved in the 30 years since we last performed at the fairgrounds.

“At that time, I was looking forward to an illustrious career as a rock star with all the attendant fame and fortune. These days, I am totally focused on producing the best possible tone, playing in tune, playing with an accurate, swinging rhythmic feel, and saying something meaningful through the music. Leaving a legacy of integrity and substance to the next generation is way more important to me now than achieving instant recognition.

“I have played saxophone with Honk since 1972, and I love that band. After 30 years, every member is still committed to the band and still serious about the music.

“But I now have a second role as a full-time music teacher in Sequim, WA. Some of my students are kids who need to know there are adult musicians who respect them and who are in turn worthy of their respect. But most of my students are retired musicians/music teachers/serious amateurs who are trying to rekindle the musical excitement they once experienced.

“Moreover, in our 18-piece ‘Stardust’ big band, we have some elder statesmen who are my heroes — guys who have successfully battled cancer and other challenges for many years and who still come to every gig, every rehearsal with eager anticipation.

“I wish I had a way to sufficiently honor these champions, guys like Sanford, who sacrificed the ‘good life’ in order to teach music in a small Arizona desert town for 30 years. Then there is Roger (he has forgotten more about music than I ever knew) who had to re-learn the trumpet after extensive facial surgery.

“How do I adequately express to them that what they do is significant to me? And will my work be valuable to the guys who are coming along after me?

“So much has been written about the dysfunctional lives of early jazz stars, with their excessive addictions to drugs, alcohol, aborted marriages and other abusive behaviors.

“Remember the Clint Eastwood film ‘Bird’? Saxophonist Charlie ‘Yardbird’ Parker has been highly respected by musicians and jazz fans alike since they discovered his revolutionary approach to the music in the early 40s.

“Most of us jazz musicians still emulate Bird on one level or another, either consciously or automatically. But Bird was also known for his heroin addiction, and, unfortunately, many musicians chose to emulate this behavior.

“Perhaps they believed that it was the drugs which made Parker great. Whenever anyone took the trouble to ask him, Bird was quite candid in discouraging drug use among younger players, though he seemed incapable of controlling his own substance abuse. His musical greatness was the result of talent, vision, and countless hours of intense practice, in spite of his addiction, not because of it.

“Each musician who reveres Bird will choose which of his behaviors to emulate.

“An aspiring surfer must make similar choices. To assume the ‘ultimate party surfer dude persona’ is one choice. But the real surfer (or the real musician) is a serious athlete in training, who is careful about diet, sleep, exercise, perfecting his craft, and guarding his spirit. I suspect this is the choice made early on by guys like Corky Carroll, Mickey Munoz, Dewey Weber, and Donovan Frankenreiter. How else could they have excelled in this most challenging sport?

“Is it possible for an older jazz musician to be a positive adult role model for younger players? While most of us work quite diligently at improving our performing ability, we also have the potential to fulfill another, perhaps more profound role. As teachers, mentors, and encouragers, we continue to impact the life choices of music’s next generation.” 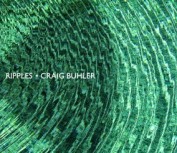 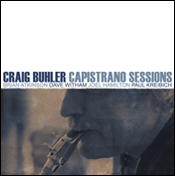